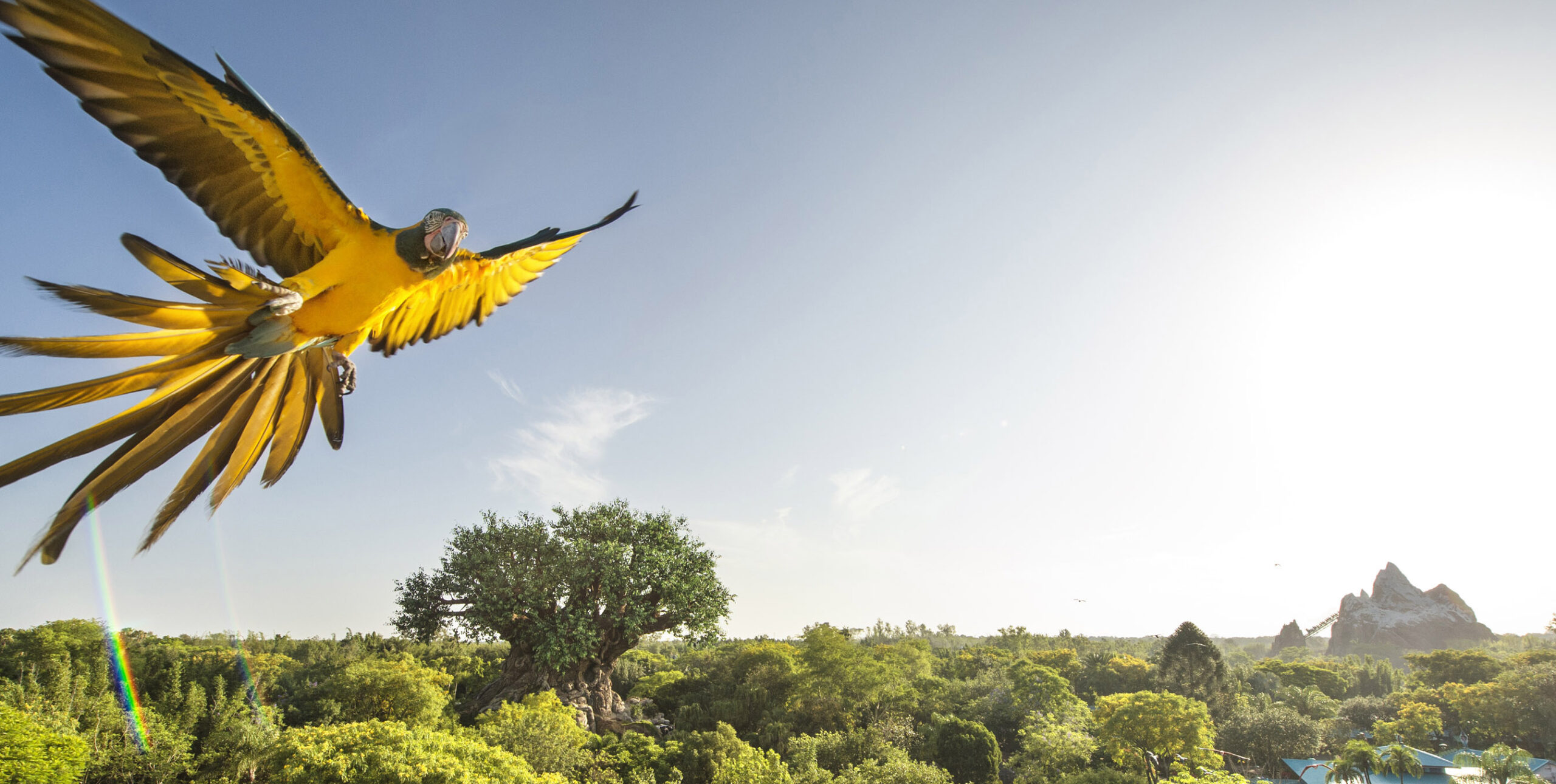 Your Guide To Orlando Theme Parks In 2020

When it comes to theme parks in Orlando, there’s more than Mickey Mouse to see! There are numerous parks, each filled with many attractions, and they are big! So planning is everything. Did you know that Disney World covers over 40 square miles, and just Animal Kingdom alone is 500 acres? Hollywood Studios spans 135 acres and Discovery Cove offers 22 acres of water fun. So, do your homework, plan ahead and wear comfortable shoes and cool clothing!

Orlando is one of the world’s most popular cities for tourism. The city has an abundance of theme parks and resorts. Every member of the family is certain to find something interesting in Orlando. You’ll optimize your visit to Orlando if you pick the right time of the year and plan out ahead the attractions that you want to visit. Orlando promises to give everyone a fun-filled vacation that will be remembered for a lifetime.

Enjoying your vacation visiting parks in Orlando all comes down to planning. There are plenty of parks to see and most of them feature many attractions. The theme parks in Orlando are huge, which requires detailed planning as one day will not be enough to enjoy all the attractions of even one theme park. Disney World covers more than 40 square miles of territory, and that is almost impossible to cover in a one-day visit. Other theme parks are also huge. If you cannot spend unlimited time in Orlando, (and most people can’t!) you can get the most out of your visit by planning. And don’t forget your comfortable clothes and shoes because you are about to cover lots of ground.

The Walt Disney World Resort, or simply the Disney World, is an entertainment complex in Florida, close to the city of Orlando. Walt Disney World comprises four theme parks - the Magic Kingdom, Disney’s Hollywood Studios, Epcot, and Disney’s Animal Kingdom. It also includes a couple of Orlando water parks, 27 themed resort hotels, many non-Disney hotels, a resort for camping, many golf courses, and entertainment venues that include the outdoor shopping center, the Disney Springs.

This icon park within Walt Disney World features classic attractions, musical parades, enchanting fireworks, and Disney characters. Cinderella Castle is the main feature of the park. The Magic Kingdom is the most visited theme park in the world for thirteen consecutive years and is the favorite of the little ones. .

The Magic Kingdom has unique rides, which include the Space Mountain, Seven Dwarfs train, the Barnstormer, Tomorrowland Transit Authority, Prince Charming Regal Carrousel, The Magic Carpets of Aladdin, Dumbo the Flying Elephant and many more.

Epcot is divided into Future World and World Showcase. At Epcot, imagination is celebrated, creativity is encouraged, and countries are united. As with the other Disney theme parks, Epcot features many rides such as Test Track, Mission: SPACE, Spaceship Earth, Living with the Land, Guardians of the Galaxy Cosmic Rewind, Norway Pavilion, Journey into Imagination with Figment, The Seas with Nemo & Friends, and a lot more.

Disney’s Animal Kingdom is a zoological theme park at the Walt Disney World Resort that covers 580 acres. The park is themed and dedicated around animal conservation and the natural environment. This park is different because it features the traditional theme park’s attractions while exhibiting many species of live animals, which required special designs and provisions to protect the welfare of the animals. Disney’s Animal Kingdom features several attractions, including the Festival of the Lion King, Kilimanjaro Safari, Expedition Everest, TriceraTop Spin, Valley of Mo’ara, Avatar Flight of Passage, and many more.

It is the main entrance of the theme park that features a Florida-inspired theme of tropical landscaping and an artificial freshwater marina with a Shamu-themed lighthouse.

The area showcases an exhibit of shallow-water sea animals and the Dolphin Theater.

The area features the Journey to Atlantis, a boat ride with the elements of a roller-coaster, and Kraken, a floorless roller-coaster.

It was originally named Antarctica, featuring Antarctica: Empire of the Penguin which exits into the penguin exhibit area.

The area features The Waterfront, a recreation of a Mediterranean village, and the Sky Tower ride.

The area is home to the Shark Encounter exhibit, the Shark’s Underwater Grill, the Nautilus Theater, and the Sea Garden.

This area is a children’s area next to Shamu Stadium that features family activities such as Super Grover’s Box Car Derby and a water play area. It was formerly known as Shamu’s Happy Harbor and Sea of Fun.

Discovery Cove is a park made famous by swimming with the dolphins. Visitors can interact with natural ocean life by snorkeling along a coral reef or exploring underwater in a full dive helmet. After interacting with ocean life, visitors can interact with exotic birds in a free-flight aviary that contains more than 250 tropical birds that include toucans and parrots, and more than 30 species of exotic birds.
The Grand Reef, a new attraction that opened in 2011, features a beach with white sand in an island lined with palms and underwater grottos filled with moray ells, reef sharks, and many tropical fishes.

Legoland Florida Resort is a multi-day destination and interactive theme park that features more than 50 rides, shows, and attractions that draw inspiration from LEGO brands and characters. It also includes the LEGOLAND Water Park, the LEGOLAND Hotel, and LEGOLAND Beach Retreat where summer never ends. Kids, aged 2 to 12, will enjoy the various rides at the resort, including Aquazone Wave Racers, Battle of Bricksburg, Beetle Bounce, Boating School, Build-a-Raft River, Build-A-Boat, Coastersaurus, Flying School, Ford Driving School, Joker Soaker, and more. People asking how far is Legoland from Orlando will discover that it takes only about an hour drive from the city of Orlando as the resort is located in Winter Haven, Florida.

Busch Gardens amusement parks were originally developed to be the marketing vehicles for Anheuser-Busch that featured hospitality houses that offer samples of Anheuser-Busch products. The parks also included stables housing many of the company’s Clydesdale horses, which have been associated with the brand Anheuser-Busch. Over time, the parks added rides and attractions that were developed into full theme parks that still promote Anheuser-Busch.

Busch Gardens Tampa Bay has an African theme, with the park originally tagged as the Dark Continent. The theme park is one of the largest zoological institutions in the US, covering 335 acres and more than 2,700 animals.

Busch Gardens has many attractions including Kumba, Montu, Edge of Africa, Scorpion, Sand Serpent, Jungala, Congo River Rapids, Tanganyika Tidal Wave, Saga, Stanley Falls, Phoenix, Serengeti Railway, SheiKra, and Sesame Street. A triple launch roller coaster - Cheetah Hunt, was added to the park in 20112. Falcon’s Fury, an Intamin drop tower was added in 2014. The park constructed Cobra’s Cruise, a steel roller coaster, in 2016. In 2019, the park opened Tigris, a steel launched roller coaster which is a creation of Premier Rides. In 2020, the park will open a hybrid coaster built by Rocky Mountain Construction on the former location of Gwazi.

Busch Gardens in Tampa Bay has become a must-see attraction in Florida. It has a large collection of roller coasters that make Florida the leader of the thrill ride that provides entertainment for all ages.

Planning Your Trip to Orlando

Start planning your trip to Orlando a few months before your trip. Give yourself enough time to research where you want to stay, what you intend to do, and plan your schedules if you are going on a family vacation.

If you plan to go during the holidays, give yourself a few extra months to plan and make your hotel booking. Remember that holidays are peak seasons in almost all attractions in Orlando.

Consider your budget when you plan for your activities during your trip. Check the prices of tickets to the theme parks you plan to visit, and how you will feed your family. Set aside a daily allowance to spend after determining the costs of everything.