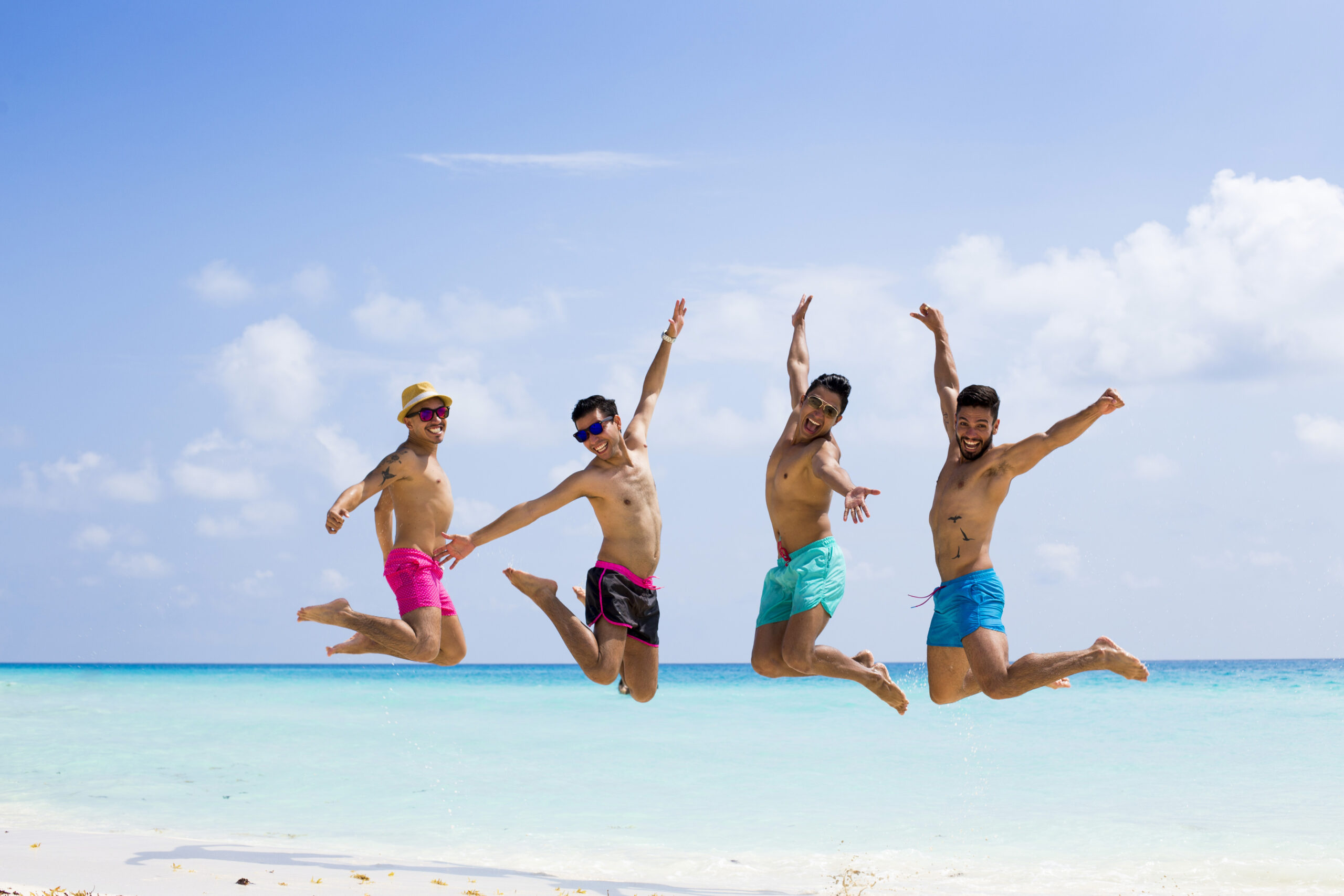 Orlando City is the third-largest LGBT community in the United States. It provides vibrant communities, fashionable neighborhoods, and close proximity to the best beaches. This makes it a perfect place for a lively gay bars Orlando and club scene that many queer communities all over the world would love to visit.

With Orlando being known as one of the most fun cities in America for gays, you can expect a great lineup of LGBTQ+ entertainment all-year-round! There are several LGBTQ+ events to watch out for while in Orlando, Florida; among which are the International Bear Bash, Disney Gay Days, and Come Out With Pride Orlando. Welcome to gay Orlando

Gay Bars Orlando - What are the best gay-friendly bars and clubs?

Orlando is the best place to be for our gay brothers and sisters. The location is filled with vibrant gay-friendly Orlando gay bars and clubs and the nightlife is certainly the best of gay Orlando.

The Parliament House is a gay club and resort that is home to one of Orlando’s most well-loved and popular gay nightclubs and super popular with gay Orlando. The Parliament features a large dance floor, videos, drag shows, and hot male dancers for your entertainment. This gay-oriented resort boasts a spacious pool lounge, billiard bar, and a live theatre. The DJ will often be found spinning the best and the hottest tunes and you can expect some entertaining cabaret shows here. It is open 24 hours on weekdays and weekends.

If you are looking for gay-friendly eats in Orlando, try out Hamburger Mary’s. This is one of Orlando’s downtown institutions that showcases Dining with the Diva’s, Broadway Brunch, Bingo, and other various LGBT events. Hamburger Mary’s is home to the best American appetizers, drinks, and of course, burgers!

Another gay-friendly bar and eatery are the White Wolf Cafe & Bar. It is found in the Ivanhoe Village District which is regarded as a vibrant bohemian community. The White Wolf is an award-winning bistro that serves the usual breakfast, lunch, and dinner treats. It is trendy and known for its crab cake eggs benedict. This is one of Orlando’s best gems, it is family-owned and embellished with amazing antique ornaments.

The Southern Nights are one of the oldest LGBT clubs and gay bars in Orlando, Florida. It has welcomed party goers from the LGBTQ+ community for the past 35 years and is still counting. They closed the club sometime in 2014 for renovations, and later reopened with a bigger, better, and more awesome club. Southern Nights is well-loved for their popular DJs, live events, and shows. Weekdays are devoted to various drag shows. The happy hour starts at 4 pm and ends at 9 pm.

Market on South is another place that’s a hit with many LGBTQ+ communities. They provide a vegan lineup of foods that is located in the share market space. They offer up popular dishes such as chipotle sloppy joes, baked mac n’ cheese, BBQ pulled jack fruited and chipotle sloppy joes. They are open Mondays to Sundays.

PomPom’s Teahouse is owned and operated by Pom Pom who was born and raised in Thailand and made her way to NY, where she earned a degree as a pastry chef. She made use of her talent and creativity and established a popular transvestite restaurant, Lucky Changs. Here you can have a fusion of ‘east meets west’ food theme that is sure to deliver a gastronomic delight.

As the leading gay bar in the downtown area of Orlando, this club is an excellent establishment with various levels and offers state of the art sounds. Its main bar hosts different themes all through the week, whereas its patio bar offers a tropical-themed seating. Its Sky Bar is an open bar situated on the second-floor, with a great view of downtown Orlando skyline.

Hanks is another popular gay-friendly bar that has been servicing Orlando for over three decades now. It is famous for holding amazing pool tourneys and trivia nights. The gay-friendly atmosphere at this bar is due to its antique jukebox and spacious patio behind its bar. Hank’s is well-loved among locals for its drink specials. Beers start at $2, and college students often get their first draft-free.

What are the best gay-friendly restaurants and cafes?

The dining scene in Orlando, Florida is young, and there is a slew of excellent new restaurants opening up that are gay-friendly. The mainstays, however, remain popular. Below are the most well known gay-friendly restaurants and cafes to check out:

They offer liberal brunch pours and comfort food in its quaint residential location. If you love long but leisurely meals while catching up with gay friends, this is the best place to be.

This is a yearly Disney event held around August to November. There are concerts, stalls, and performances, together with fantastic food and drink choices that reflect several countries.

Seasons 52 is a high-end wine and grill restaurant with great live piano music for a great dining experience. It is situated on the edge of Lake Eola. Seasons 52 offers the best happy hour specials.

You should reserve your place for this one ahead of time! This is the best Drag Brunch you shouldn’t miss because it is filled with bottomless drinks, long hours of entertainment, and more.

What about the gay art scene?

Like the rest of Orlando, the arts and culture scene is experiencing massive changes. There are some that have closed like the Venue, the former multi-use performance space, but some new venues like the Steinmetz Hall at the great Dr. Phillips Center, where you can see great performances with dancers and classical musicians playing live music. There are also many drag shows and you can find, topless male go-go dancers, and other various performances that are sure to entertain the LGBTQ+ community.

Are there places to stay that are known to be more gay-friendly?

If you are looking for a gay-friendly place to stay in Orlando, Florida, then look no further. The best thus far are the following:

This is the perfect luxury home base for your upcoming gay Orlando adventure. It is set in the secluded but residential setting near Disney Resort.

This is a tropical oasis found within Universal Resort. The villas and landscape here all scream affluence and luxury.

This hotel features colorful rooms with fantastic artwork, an upscale bar, a fitness center, and a day spa. You can stay here all day and all night long.

Gay guests can play queen of their own castle at this hotel. Feel unique with its exquisite Bavarian architecture and artworks!

It’s a legendary gay resort, so what can go wrong here? It has clubs, bars, and must-see weekly events.

Combine a few days in Orlando with a few days in Miami, Ft Lauderdale or one of the nearby beaches like Pass-A-Grill or Blowing Rocks Preserve, Daytona, Clearwater for an amazing city and beach experience.

If you have the time to travel, you have to check out the many other attractions while in Orlando. You can spend a few days in Miami, Ft Lauderdale or you can check other nearby beaches such as the Blowing Rocks Preserve, Daytona, Clearwater, or go for a secluded but LGBT-friendly beach like Pass-A-Grille. Orlando is a tolerant and open city, you do not have to be wary about gay public display of affection.

Visiting the theme parks - are they gay-friendly?

Orlando has a vibrant, out, and proud gay community with lots of places to hang out with like-minded people from all walks of life. There is no wonder why the theme parks here are so gay-friendly. You will be surprised to find out that there are even gay days at the Disney parks during summertime! Gay Days in Disney is a significant event that celebrates the LGBT community, and so is the much-awaited Disney fireworks. People from all genders celebrate life and fun at Disney.

Moreover, there is a once a year event that happens every October at the Universal Orlando where you can get to explore some 11 haunted houses and get to play Trick ‘r Treat and Stranger Things to your gay heart’s delight. It’s an event many gay people wait for.

There are various other attractions you can check out in addition to Orlando gay bars, gay restaurants and gay events that are gay-friendly in Orlando such as the La Nouba by Cirque de Soleil, Kennedy Space Center, the Milk District which is a major gay neighborhood, and Lake Eola, the site of Orlando’s Annual Come Out with Pride event.

When to come for special events

There are a hundred and one events to see and experience in Orlando that happen yearly. There’s the Disney Gay Days, One Magical Weekend, International Bear Bash, and Come Out With Pride Orlando. The best times to come to Orlando if you’re gay is around September to November, you will surely enjoy all the special events and happenings here.