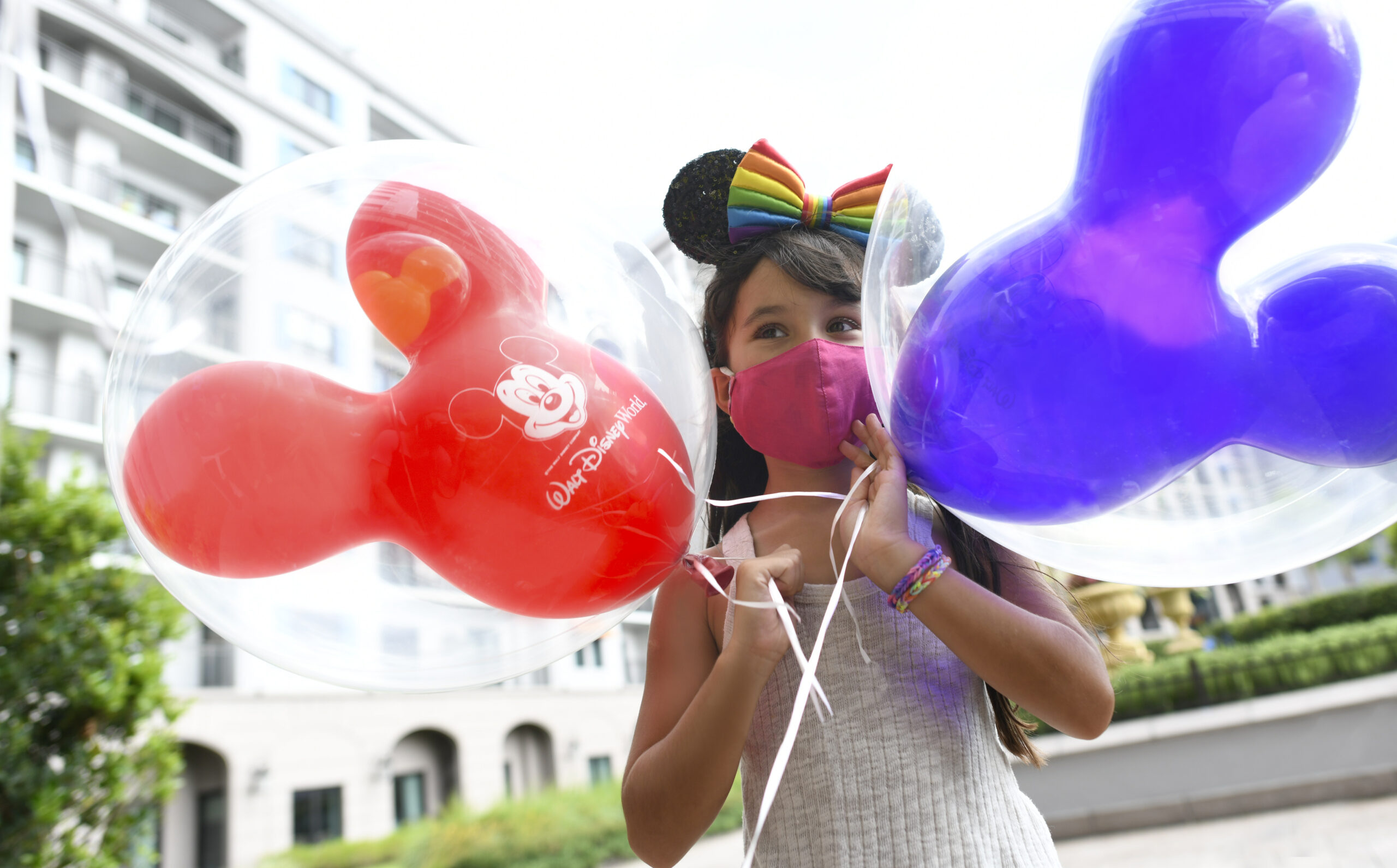 The Magic Kingdom has a lot of things happening in the coming year. Tron ride construction will be in full swing, and it is expected to be completed by the end of 2021. Inside the Magic Kingdom, fans should expect a massive revamp as Tomorrowland Re-Imagining will be arriving soon. At present, the new geometric Purple Wall and patterned wall at the Monster’s Inc. Laugh Floor has already been revealed. Likewise, Cosmic Ray’s Starlight Cafe has been remodelled to match the Lightcycle theme that Tron sports. The Magic Kingdom will also have upgrading and refurbishing of the following attractions:

New Things Rising At The Magic Kingdom In 2021

Tomorrowland Speedway will give way to Tron construction

PeopleMover will then include new scenes and areas in the ride

Construction of the Tron Lightcycle roller coaster has started and is expected to be completed in 2021.

What’s Up At Disney Epcot Center In 2021

This futuristic theme park is getting a major overhaul in preparation for its Anniversary in 2022. They are putting up more greenery and connection across spaces. Some restaurants at the front parks are expected to relocate. The renovation works include There are so many things to warrant another visit to Disney World. There are exciting festivals, cool concerts and mouth-watering food offers that are simply hard too hard to resist. There are out-of-this-world events that will draw hosts of new and repeat visitors to Disney World 2021. These events are often scheduled during the “off-peak” times, but there are also others that happen during high-peak seasons. Most of these events have become so popular that people from all over the world plan their trips around them. Guests look forward to and schedule their trips to the resort just in time for these events.

Disney World 2021 is preparing another set of changes to excite fans young and old. There are events and attraction openings that should be seriously considered when you are making your vacation plans. There will be new rides, shows, restaurants, services that will arrive at the parks in preparation for Disney’s 50th Anniversary in 2021. Fans can expect a busier season, so you have to plan well to avoid constructions, cutbacks and closings.
Starbucks and Club Cool. Likewise, the Real Eagle BQ Smokehouse located at the America Pavilion will replace the Liberty Inn before 2020 is out. Guests can seek Free Disney Dining Plans 2021 to know more about the movements and relocation site of their favorite restaurants.

Additionally, the Awesome Planet, which is a new movie, will arrive at the Land Pavilion in 2020. It is expected to replace the Circle of Life and will be located at the second level of the Land building. The Awesome Planet will be a pleasant respite from the heat and rain when you’re too weary from exploring the park.

Likewise, the Interactive Play Pavilion is also expected to open in 2020. It will take over the Wonders of Life Building in Future World. This new experience will allow guests to have character meet and greet activities. This area used to be a festival center, but next year, it will house interactive exhibits that everyone in the family will love. You can easily consider this upgrade as a one-stop-shop for meeting Disney characters in one place!

Shows At Disney Epcot Center In 2021

The Epcot Forever Nighttime Show will be running until Fall of 2020. It was launched in October 2019 as a replacement for Illuminations. However, there will be several changes in the Epcot nighttime shows. A new Nighttime Spectacular will arrive in 2020 to honor music around the world. This show will be called Harmonious and will be a fantastic replacement for the current Epcot Forever show.

This new dark ride will be like the one in Disneyland Paris. It will take guests around a massive kitchen with lots of catastrophic experiences for a rat like Remy. Additionally, this exciting new ride is expected to open at the Epcot Center in mid-2020. Also, a new French Creperie will open at close to Remy’s Ratatouille Adventure. This quick serve creperie will be run by Chef Jerome Bocuse, who also is responsible for Chefs de France and Monsieur Paul. These new dining locations will be available in the Free Disney Dining Plans 2020 so don’t forget to check it out.

Another attraction to watch out for at the Epcot Center - France is the Beauty and Beast Sing-Along. It is similar to the Frozen Sing-Along at Hollywood Studios, but there will be some comedy to add fun to the story. On the other hand, a new Chinese film will replace the old Reflections of Earth. Epcot-China will start showing China 360, which is a seamless circle version which is set to open time for the 2020 Festival of Arts. Lastly, the Martin Short O’ Canada film will be replaced with a new Canada 360 film. It is also scheduled to open in 2020 in time for the Festival.

Additionally, guests are forewarned of the construction activities at Disney Epcot Center in 2020. These include the following:

Refurbishing of the Test Track
Launch of Mary Poppin Attractions in the UK Epcot
On-going construction of the Guardians of the Galaxy Cosmic Rewind - Indoor “Storytelling” Coaster
Epcot’s Entrance and Gardens of Wonder Area will be Called World Celebration
There will be four new areas in Epcot
A sad rumor states that Spaceship Earth will close for two years for refurbishments.

Walt Disney World’s Animal Kingdom showcase animal, nature and adventure. This unique theme park highlights an African theme; thus, guests can expect to encounter animals from the past to appear in the rides and shows. Much of the park’s attraction use a wide range of technologies refined by Disney. It includes 3-D and animated shows, colorful and entertaining live shows, parades that showcase safari-based characters, rickshaw taxis, drum sculptures and Disney characters.

There is a rumor that Pandora, which is located at the Disney Animal Kingdom, will be closed for expansion in 2020. It is said to be in preparation for the new Pandora movies which Disney will release in the following years. More rumors have reached Disney fans that this ride will have very long wait hours for the Flight passage because a new ride will be constructed to disperse the crowds.

At present, Pandora’s popularity is keeping Disney’s Animal Kingdom very busy, and all construction plans for 2020 are still “rumors” and are not yet officially announced.

New Things To Expect At The Disney’s Hollywood Studios 2021

Hollywood Studios has made it big with openings and events such as the Toy Story Land and the Star Wars: Galaxy’s Edge. These are the main attraction that draws for fans from around the world. It is a favorite spot Disney Movie fans. Consequently, the park has a classic ambiance that perfectly blends with newer attractions and entertainment. In recent years, Disney World Hollywood Studios has closed The Great Ride Movie, Light, Motors, Action!, Osborne Family, The Streets of America and Spectacle of Dancing Lights to give way to newer attractions. The park will soon launch the Star Wars: Galaxy’s Edge, Toy Story Land and Mickey and Minnie Runaway Railway.

Star Wars and Other Offering at Hollywood Studios

The Galaxy’s Edge is set to open soon, and the March of the Stormtroopers may be halted. As you all know, the Stormtroopers will be needed on the planet Batuu so that we will be watching out for this. Likewise, the meet and greet Kylo Ren will be switched to Darth Vader at the Launch Bay. It will be interesting to see this iconic villain do lots of heavy breathing to scare small children and guests.

Also, Mickey and Minnie Runaway Railway is set to open in mid-2020, but it could be earlier. This ride will be the first-ever Mickey attraction at Walt Disney World; thus, the management is pulling everything out for its success.

Additionally, the Roundup Rodeo BBQ Restaurant is set to open its doors in 2020. This table service, an indoor restaurant located at Andy’s Backyard is something that most guests are looking out for. It will be an air-conditioned sit-down restaurant in the Toy Story Land that is set to bring delicious eats at this area.

Walt Disney World theme parks are continuously working on improving the parks and attractions to delight fans from all over the world. There are construction works which affect show schedules as well as closeout some attractions for safety. Additionally, there will be exciting new attractions that are set to launch in 2020. The usual shows already have a schedule published, and new ones are coming out before the holidays. Getting Free Disney Dining Plans 2020 is highly recommended for those planning to visit and explore Disney 2020.