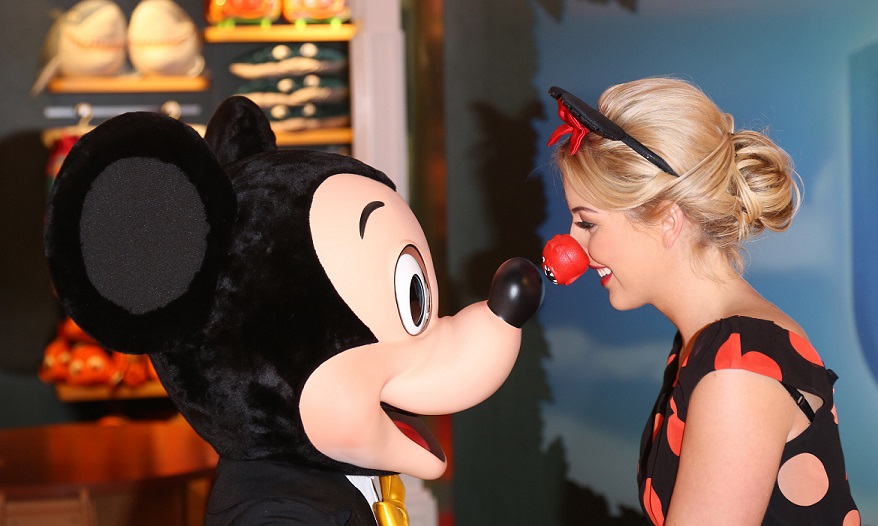 Which Kind of Disney Character Are You?

People young and old relate to the characters of Disney movies because they reflect how real people feel and behave. In fact, some of the most popular characters are the Disney villains like Cruella Deville from “101 Dalmations” and Ursula from “The Little Mermaid.”

They may have given the lead characters a hard time in the movies, but they do have unique traits which endear them to movie fans all over the world.

Who hasn’t tried a “Which Disney Character Are You quiz? There are dozens of quirky surveys people take online nowadays to see which characters from the ever-popular franchise they are similar with.

Whether you identify with the classic characters or the new ones from the newly-expanded Disneyverse which includes Star Wars, this is our take at a “Which Disney character are you?” quiz.

She is the evil fairy that cursed Sleeping Beauty, so how and why is she now a beloved character? Her story shows audiences that villains were not born bad, or inherently evil. They were changed by a person or a circumstance in their life which made them very angry and vengeful. Maleficent was no different. People can relate to her because we’re all a little broken inside. It’s how we move on and continue with our lives that matter.

Snow White is the beautiful princess and main character in the fairytale ‘Snow White and the Seven Dwarves'. She is kind-hearted, pretty, fair-skinned, and has all the characteristics of a perfect princess.

Princess Snow White has been under the care of her vain and very wicked stepmom Queen Grimhilde. She would often force her into menial labor, in her fear that one day, the princess might become prettier than she already is.

This character is very relatable as she has been oppressed all her life. Princess Snow White is by all metes and standards a powerful, independent woman. For some, she can be real dainty and weak, but like many modern women, she is a woman of substance. Lastly, Snow White is kind and learned how to fight back for herself and her loved ones!

Aurora is the beautiful sleeping princess in the world-renowned fairytale, Sleeping Beauty. Aurora is highly affectionate and trusting to the women who raised her. She is known to have a robust, hearty, and mind to be able to overcome all the tribulations that came to her life. Like many of us, Aurora is a firm believer that love conquers all.

Ariel is the popular underwater princess in the fairytale 'The Little Mermaid.' She is the first princess who was not born human, and she was the very first Disney Princess to have children. She and Eric have a daughter which they named Melody. She is a 16-year old princess, daughter to their father King Triton.

She is very strong-willed and had disobeyed her father's order and pursued her own dreams. Ariel is ambitious and works towards achieving her goals, including trying to have legs and become human— even threatening everything essential to her very existence. She is a headstrong heroine that a lot of modern, young women can relate to in this day and age.

Belle is the french word for 'beautiful,' and Belle certainly is a beautiful young woman. Belle is very selfless and will do everything for her family and loved ones. She is also brave and sees the best in people, as she has found the soft spot of the beast.

Many say Belle is a deviant and defies the norm of the society during her time, refusing to be married to the most eligible bachelor in town. She loves her independence, but she believes in true love! She is a well-rounded beauty, and very smart too because you’ll always find her reading and studying.

Yes, he is a favorite Disney character even though he isn’t the best-looking one! He is a classic example of how we should not judge a person by his external appearance. The Beast was gruff and mean when we first met him, but he grew fond of Belle and became kind to her. Of course, he turned into a handsome prince in the end, so that was just awesome.

Jasmine is the very first Asian princess to be a part of the Disney Princess lineup. She is the princess of Agraban, who was later married to Aladdin, a commoner and widely known as the 'King of Thieves.” She was later on called the 'Shahzadi Sultana.'

Jasmine was known as the empowered princess of the 90's era. She is a powerful woman with a great personality and love for animals. Jasmine shows her feminine characteristics as a gentle, loving, caring, and a little flirty lover to the lead character Aladdin.

She knows exactly what she likes and gets it. This princess is a bit stubborn in a way and defies and remakes her fate by getting away from an arranged marriage, which was quite popular in her culture. Overall, she is beautiful, dynamic, and headstrong.

Pocahontas is the only child of Chief Powhatan. She may not be a true-blue royalty, but she has the qualities and attributes of one. As a princess, Pocahontas is down-to-earth. She has this deep sense of adventure, faith, and respect for everything around her.

She is beautiful without being too gentle or dainty like other princesses. She always follows her dreams, listens to her gut instincts, and chases her dreams to the fullest extent.

This Princess shows a deep love for nature and all of creation.

Mulan is not your traditional princess because she is a kickass lady! She is awesome in martial arts, combat, and she is brilliant as well as secure. She can break down barriers, and will do everything to save her own country.

She fights for her family and their dignity. Mulan is the perfect princess. Getting a prince for herself is never a problem nor a priority for her. Of all the princesses, this lady right here is an inspiration!

Tiana is the first African-American Disney Princess character. Tiana is highly opinionated and will not take no for an answer. She is very down to earth, loving, patient, mature, honest, and modest of all princesses. She is well-loved for her being steadfast and humble in the fairytale.

Rapunzel is a fictional Disney Princess that is very popular among kids. She starred once more in Disney's Tangled movie. With 70-foot hair, large eyes, and boundless energy she continuously wonders as she explores the world around her.

She is funny, bubbly, quirky, modern, and headstrong. She goes after what she truly wants in life. Rapunzel is a character that shows women empowerment, just like Merida. She is feisty all right, but she can also be adorable, kind, warm, and romantic at the same time.

Princess Merida of DunBroch proves she is worthy of being called Brave. She and Ariel are princesses with fiery, red hair. She is independent, strong-willed, and driven.

Merida has no love interest in the movie but is happy and content with her life. Like Rapunzel, she is witty, headstrong, short-tempered, rebellious, and pretty much defiant too. But she is courageous, determined, free-spirited, and a real - tough cookie!

Anna is the latest princess to join the whole Disney Princess franchise alongside her mighty sister Elsa in the blockbuster hits 'Frozen 1 & 2.' She stole the hearts of many moviegoers as she exudes her kind, funny, and a bit awkward attitude as a younger sister to Elsa.

She is your one true friend who will stick by your side through thick and thin. Her character is very loyal, funny, persistent, dedicated, and loving.

Queen Elsa of Arendelle is the elder sister of Anna. Elsa shows leadership and passion for her family and her followers at a young age.

She will never abandon those who believe in her and will do everything it takes to make sure her loved ones are always safe and happy. Elsa is the big sister you’ve always dreamed of.

She protects her loved ones and pursues her dreams with zeal and enthusiasm. She wants to live life on her terms and does not want to be dictated or ruled by anyone. Elsa is a modern-day heroine who is independent, able to think on her feet, decisive, and full of life.

Moana is the princess and daughter of the Motunui chief. She was chosen by the ocean to help save and restore the Heart of Te Fiti and finally save her world from darkness and doom.

Moana is courageous, despite the law that forbids her to go beyond the reef, she pursued and found the courage to feed her curiosity.

\With the help of Maui, a demigod, and her Grandma Tala, she was able to do her goal, which is to restore Te Fiti's, lost heart. She finally freed their island from the darkness.

Moana is a dreamer, and she will do everything in her power to reach her dreams. Like Merida, she is stubborn, headstrong, and very strong-willed. But she did what she had to do—everything for the love of her family and her island.

Yes, she is now an official Disney Princess! All things considered General Leia Organa was the first live action Disney Princess in the line-up. She is the epitome of strength, courage, and grace under extreme pressure.

If you think about how unfair and how many curve balls life threw at her, you’d say Princess Leia was a fighter and survivor. She also embodied hope, love, and was an inspiration to thousands who worked with them in the rebellion.

She was a sister, wife, and mother who played each role she had so well. Isn’t this what today’s women all aspire to do?

Be awesome at motherhood, marriage, work, friendship and still have for oneself? Take a page or two from Princess Leia’s life and see how far it takes you.

So, have you figured which Disney Princess you are?