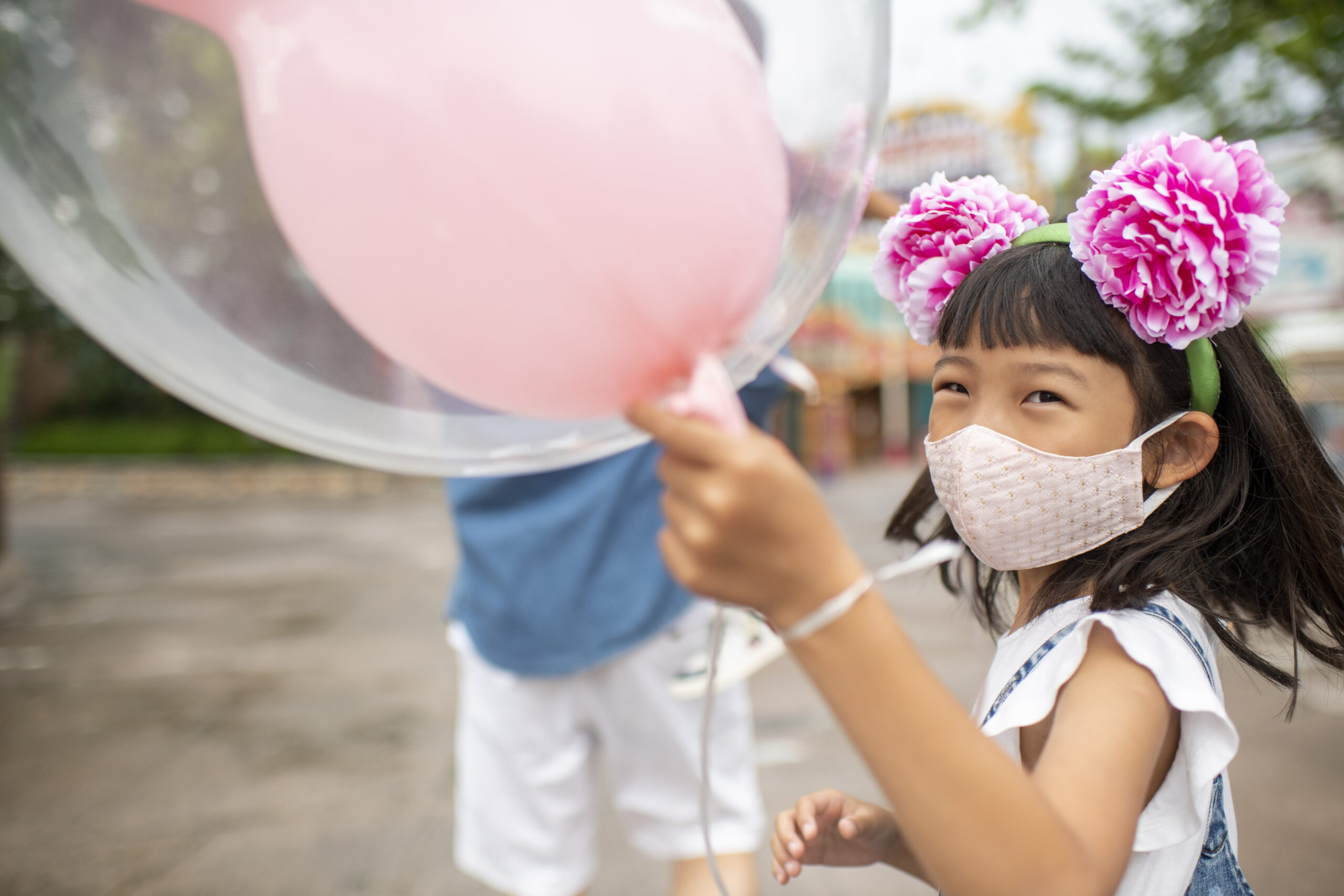 Best Guide To An Epic Family Vacation In Orlando

Orlando, Florida is known worldwide as the number one family destination. Home to the leading theme parks in the world including Walt Disney World, Universal Studios Resort and SeaWorld and dozens of other great family-friendly attractions, this is guaranteed to be a destination your kids will want to return to again and again.

The theme parks continue to reinvent themselves with new favorite characters and more and more amazing rides and attractions, and the town continues to grow more diverse and exciting,, which makes it the ideal place for an Orlando Florida family vacation.

Orlando is an easy flight from most of the world’s major airports, making Orlando and surrounding places super accessible and perfect for your family vacation.

The theme parks only begin to tell the story. Orlando is rich in dozens of other attractions, amazing dining, tons of shopping and culture, and lots of ways to explore and enjoy the great Florida outdoors. Read on for your guide to making the most of your Orlando vacation and giving your family and epic Orlando family vacation!

Walt Disney World Resort, simply known as Disney World is an amazing entertainment complex in Bay Lake and Lake Buena Vista in Florida, close to the city of Orlando. The property covers almost 25,000 acres, only half of which has been developed.

Walt Disney World has the most visitors of any park in the world, averaging more than 52 million visitors per year.

This theme park at Walt Disney World Resort, beloved by the little ones features classic attractions, musical parades, enchanting fireworks, and Disney characters. The main feature of the park is the Cinderella Castle, which took inspiration from the fairy tale castle in the 1950 film. It has been the most visited theme park in the world for thirteen consecutive years.

Spans 300 acres, which makes it twice the size of Magic Kingdom. It is divided into Future World and World Showcase. At Epcot, imagination is celebrated, creativity is encouraged, and countries are united.

As with the other Disney theme parks, Epcot features many exciting and unique rides such as Test Track, Mission: SPACE, Spaceship Earth, Living with the Land, Guardians of the Galaxy Cosmic Rewind, Norway Pavilion, Journey into Imagination with Figment, The Seas with Nemo & Friends, and lots more.

Is a zoological theme park at Walt Disney World Resort. It covers 580 acres, making it the largest theme park in the world. The park is themed and dedicated around animal conservation and the natural environment.

This park is different because it features the traditional theme park’s attractions while exhibiting many species of live animals, which require special designs and provisions to protect the welfare of the animals. Disney’s Animal Kingdom features several attractions, including the Festival of the Lion King, Kilimanjaro Safari, Expedition Everest, Triceratop Spin, Valley of Mo’ara, Avatar Flight of Passage, and many more.

This is a production studio and a theme park in Orlando, Florida. The entertainment industry, particularly movies and television is the main theme of the park. The park inspires its guests to “ride the movies” as it features many live shows and attractions such as Dudley Do-right’s Ripsaw Falls, the Amazing Adventures of Spider-Man, Storm Force Accelatron, Revenge of the Mummy, Woody Woodpecker’s Nuthouse Coaster, Transformers: The Ride-3D, Jurassic Park River Adventure, Harry Potter and the Escape from Gringotts, Poseidon’s Fury, and more.

SeaWorld is both a theme park and marine zoological park near Orlando, Florida. SeaWorld, combined with the neighboring Aquatica and Discovery Cove, forms SeaWorld Parks and Resorts Orlando, an entertainment complex that consists of the three parks and many hotels. SeaWorld Orlando is separated into several distinct areas, called “seas,” each one having a unique themed element.

The theme park features many rides and attractions, including Mako, Kraken, Ice Breaker, Manta, Antarctica: Empire of the Penguin, Journey to Atlantis, Infinity Falls, Sky Tower, Super Grover’s Box Car Derby, and many more. There are also various entertainment venues such as the Shamu Stadium, the Dolphin Theater, Bayside Stadium, The Sea Lion and Otter Theater, the Nautilus Theater and a lot more

There Are Tons Of Other Affordable Attractions!

Your family vacation Orlando Florida doesn’t need to be expensive. While exploring the major theme parks could put a strain on the budget, there are plenty of cheap and free things to do in the area which can be just as enjoyable and fun as the big-ticket entertainment.

You can stroll along with street musicians at Disney’s BoardWalk, or simply enjoy the iconic skyline at Lake Eola.

Here are some super-affordable or free activities:

Strolling, enjoying the entertainment and people walking at the many parks and getting out close to nature. Check out Universal’s CityWalk, spend a day at Disney Springs, or simply hang out at ICON Park Orlando for lunch and some attractions. Join a day trip or tour such to the Disney-made town of Celebration, chilling at a secret garden, or exploring the place where 10,000 alligators live.
Window shop ‘til you drop! Live vicariously as you stroll and enjoy the amazing displays at one of Orlando’s most popular shopping malls. Try out The Florida Mall or the beautiful and upscale Mall of Millenia. Enjoy the historical sights. Your Orlando, Florida family vacation can include a step back in time as you explore Fort Christmas Historical Park, the Singing Tower at Bok Tower Gardens, Church Street, or the Big Tree Park.

Get Outside! The Great Florida Outdoors

Florida has great weather and lots of ways to appreciate the great outdoors. Lovers of nature will have a grand time exploring any of Florida’s water parks, taking a walk around Lake Eola, which is .9 miles in length. Plenty of other activities can be enjoyed at Lake Eola and it makes a great break from the crowds and action of the parks.

Hit the beach. What’s a trip to Florida without a visit to the famous Florida Beaches? Florida has some of the finest beaches in the world. A family vacationing in Florida can spend a day or two exploring and picnicking at the nearby beaches on either the east or west coast of the state such as Cocoa Beach, Daytona Beach, or the Gulf Coast beaches.

Take time to explore the space program at the nearby Kennedy Space Center for an educational and exciting look at our space activity. Great for all ages.

A number one decision for families vacationing in Orlando is where to stay. Orlando offers many resorts and hotels at various price points and in various styles. There’s sure to be something that will suit your needs and your budget.

To amp up the luxury and fun on your Orlando family vacation of a lifetime, consider a luxury rental villa. They offer plenty of space and amenities that are next to none.

You can rent luxury homes as large as 14 bedrooms if you’re traveling with other families or your extended family. Imagine a private pool, money-saving luxurious fully stocked kitchen, resort-style amenities like water parks, surf simulators, golf and more.  Best of all the rates are surprisingly affordable!

Enjoy the family vacation of a lifetime and make new memories when you take your family for a holiday in Orlando, Florida.