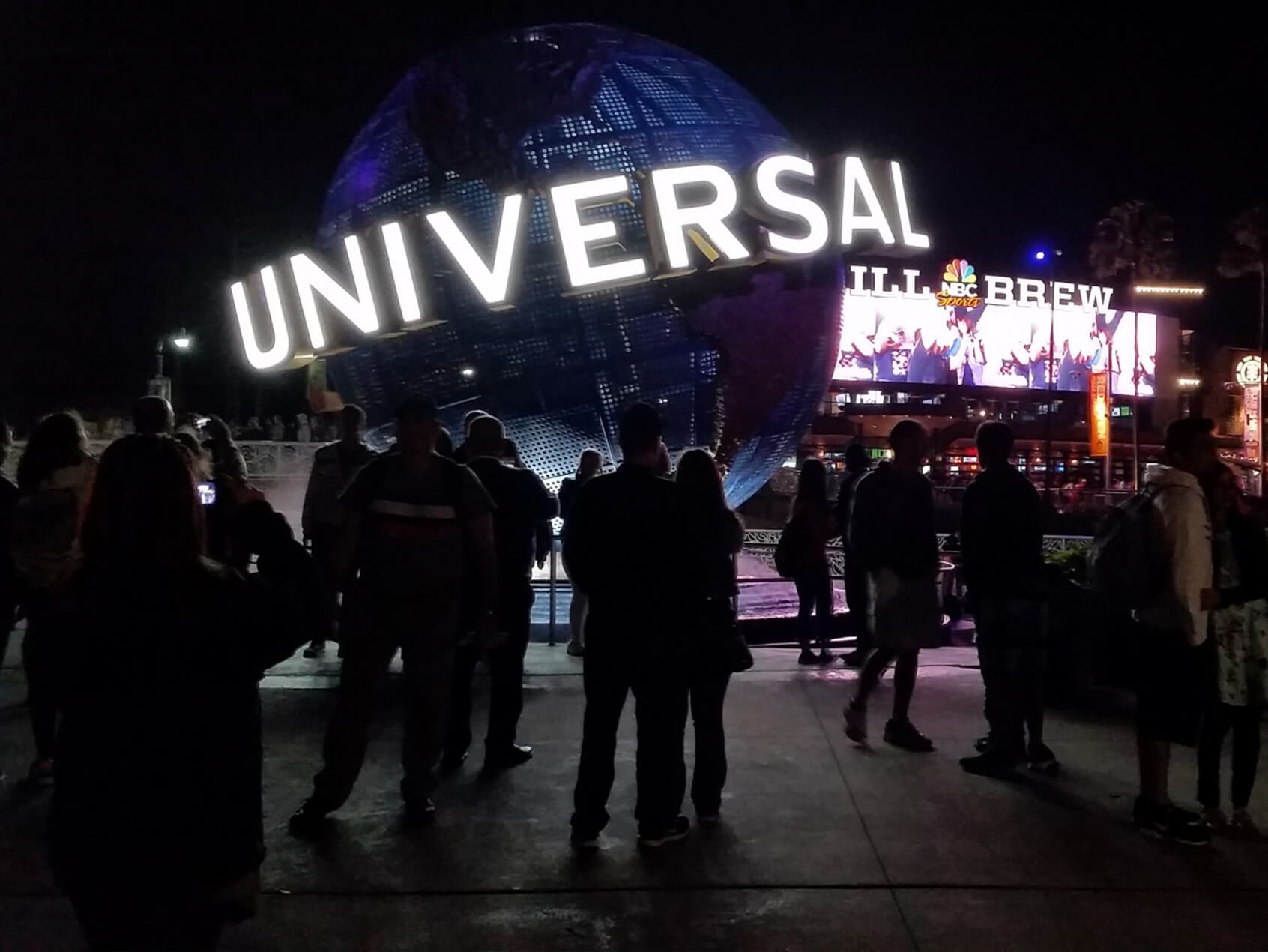 Universal Studios is one of the main attractions in Orlando, Florida and guarantees fun and excitement to its guests of all ages. And just like any other theme park in the city, there is no bad time for you to visit. However, if you really want to get the best value for your money and to ensure that your experiences are optimal, a little bit of pre-travel planning can help you out. So, when is the best time to visit Universal Studios? Let’s find out.

Orlando is a favorite destination for tourists, not only because of its theme parks and amazing attractions but because of its gorgeous sunny weather all year round. And just like with any tourist hotspot around the world, knowing when the busiest times are can help you understand what to expect when you do travel during those times. When are the busiest times in Universal Studios? Here are a few timeframes to take note of.

Spring break is when most of the theme parks in Orlando are most packed which you’ll want to take into consideration if you’re not a fan of the crowd. Spring break generally starts mid-March and will last until the first weeks of April which also coincides with Easter. This means that you should expect Universal Studios to be extremely busy meaning longer wait times for each ride. On a positive note, if you do visit during Spring break, you’ll be able to enjoy some of the finest weather in Florida and can also experience Mardi Gras in Universal Studios which is a New Orleans style street party with a parade, performers and Cajun food as which typically runs from February to the middle of March.

Summer season (mid-June to late August) will easily double the number of people in the city and parks. The lines will be longer, the traffic will get heavier, and the parking lots will fill up quickly. For most people, the best time to visit Universal Studios is during summer since the kids are off from school and they also get to enjoy Universal’s Volcano Bay Water Park.

The doors to Universal Studios will always be open throughout the year, and it is especially stunning during Christmas as well as New Year because of their elaborate designs, musicals, and events. If you’ll be spending your Christmas in Universal Studios, don’t forget to check Macy’s Holiday Parade as well as Grinchmas. The Universal Citywalk is where all the action is during New Year’s Eve [1].

When is the Best Time to Visit Universal Studios?

Universal Studios is open all year round, regardless of whether it is sunny or rainy, which means that you have plenty of options to consider when you will be visiting this major theme park in Orlando. The theme park can get pretty crowded during certain months and during holidays which you need to take into account when planning a trip here. After all, your experience in Universal will be affected not only by the weather but also by the number of people who will be visiting at that time.

If you’re wondering when the best time is to travel to Universal Studios, we suggest a time when the weather is moderate and the number of people there is low. If you do go during one of the busiest months in the city, you could find yourself spending hours in line under the intense heat of the Florida sun.

The best times to be in this theme park are during the least busy months which are January, September, and November with the exception of Thanksgiving. The rest of the months, as stated above, are quite busy with holiday travel and Spring break just to name a few. October seems to also draw the crowd because of the Halloween Horror Nights, and Christmas and New Years remain among the favorite holidays here.

If you are wondering what the best days are to visit Universal Orlando, that will be on Thursdays and Fridays with the park being at full capacity during the weekend all the way to the start of the week. For those who will be heading out to Universal Studios to attend their parties, check out Mardi Gras and Halloween Horror Nights as the theme park pulls out all the stops to give their customers a grand time [2].

Since Universal Studios is one of the major theme parks that you will find in Orlando, chances are you might be feeling overwhelmed, especially if this is your first time to visit. The good news is that you will not run out of things to do here. The question is, how will you be able to get the most out of your trip here? If you are looking for Universal Studios Orlando tips to follow, here are a few that you should keep in mind.

Spend a day in The Wizarding World of Harry Potter

If you or the little ones have read Harry Potter, or even if you haven’t, you’ll want to head out to Universal Studios to experience The Wizarding World of Harry Potter. A good rule of thumb here is to spend a full day here since there are several rides and attractions that you’ll want to experience. Visit the famous Diagon Alley at Universal, ride the Hogwarts Express, and even take a trip to Hogsmeade to try the well-known butterbeer! The Escape from Gringotts is one of the most popular rides here which means that you should make this the first stop on your itinerary as the lines can get long. Don’t forget to check out Hogwarts Castle too while you’re at it!

Going back to Harry Potter, make sure that you head out to Ollivanders wand shop for your very own wand. If you are lucky, you might even experience how a wand chooses its wizard. Even if you don’t get chosen for the Ollivanders wand ceremony, watching it unfold right before your eyes is an experience all to itself. If you can’t make it to Ollivander’s, there are other areas where you can purchase your own Harry Potter wand [4].

If you are pressed for time in Universal but would like to test out one of their most thrilling rides here, then the Hulk Coaster ride should be on the top of your list. This roller coaster ride is located in the Islands of Adventure and will take you 67mph through 7 inversions that will give you that rush of adrenaline that thrill-seekers crave [3].

Use the child swap program

For those who will be traveling to Universal Studios with their kids, especially with those who are too young to ride the roller coaster and other rides, you’ll be happy to know that there is a child swap program available here. Each ride comes with its own child swap room where one adult will stay with their younger kid, while the other goes on the ride. You can swap places afterwards without having to go back to the line.

Get their multi-day pass

If you want to avoid standing in line in the ticketing area, get yourself a multi-day pass. This pass will give you access to Islands of Adventure, Volcano Bay, and Universal Studios at any time. There are multi passes available for 2 to 5 days. If you plan on staying here for three days, this will save you time and money.

Another helpful tip when it comes to making the most out of your time in Orlando and enjoying Universal Studios is to buy your tickets to the theme park online. Not only will you avoid waiting in line for tickets, but you can also get discounts, especially when you purchase multi-day tickets.

Just because the park may have already closed, it doesn’t mean that the fun will end too. There are other activities to enjoy in Universal Studios, specifically at CityWalk. Belt out your favorite songs with a live band at the Rising Star, show off your dance moves at the Red Coconut Club or The Groove, play a few rounds of mini-golf at the Hollywood Drive-In Golf.

If you visit Universal Studios Resort during the summer or warmer weather, you can easily cool down at Volcano Bay. The island theme of this water park, coupled with lanai-like structures, will make you feel like you’re in a tropical paradise right from the start. For thrill-seekers, you can plummet down the slide which is placed at a 90-degree angle or, if you want to soak up the sun while enjoying the waters, you can simply float down the lazy river. Have some mojitos on the side while getting your tan while you’re at it!

Universal Studios does have plenty to offer its guests which is why, with careful planning, you can be sure to make the absolute most out of your trip here.

A Guide to Dining, Fun, and Entertainment in Downtown Orlando

If this is your first time visiting Orlando Fl, be sure to visit this place for a real look at authentic Orlando, and a chance to take advantage of hundreds of activities that will make your stay here truly memorable.

If you are eyeing Orlando as your next vacation destination, then you should start looking for accommodations as soon as possible. After all, there will be visitors who will be traveling here from all over the world since the Orlando area is teeming with the top amusement parks and attractions.