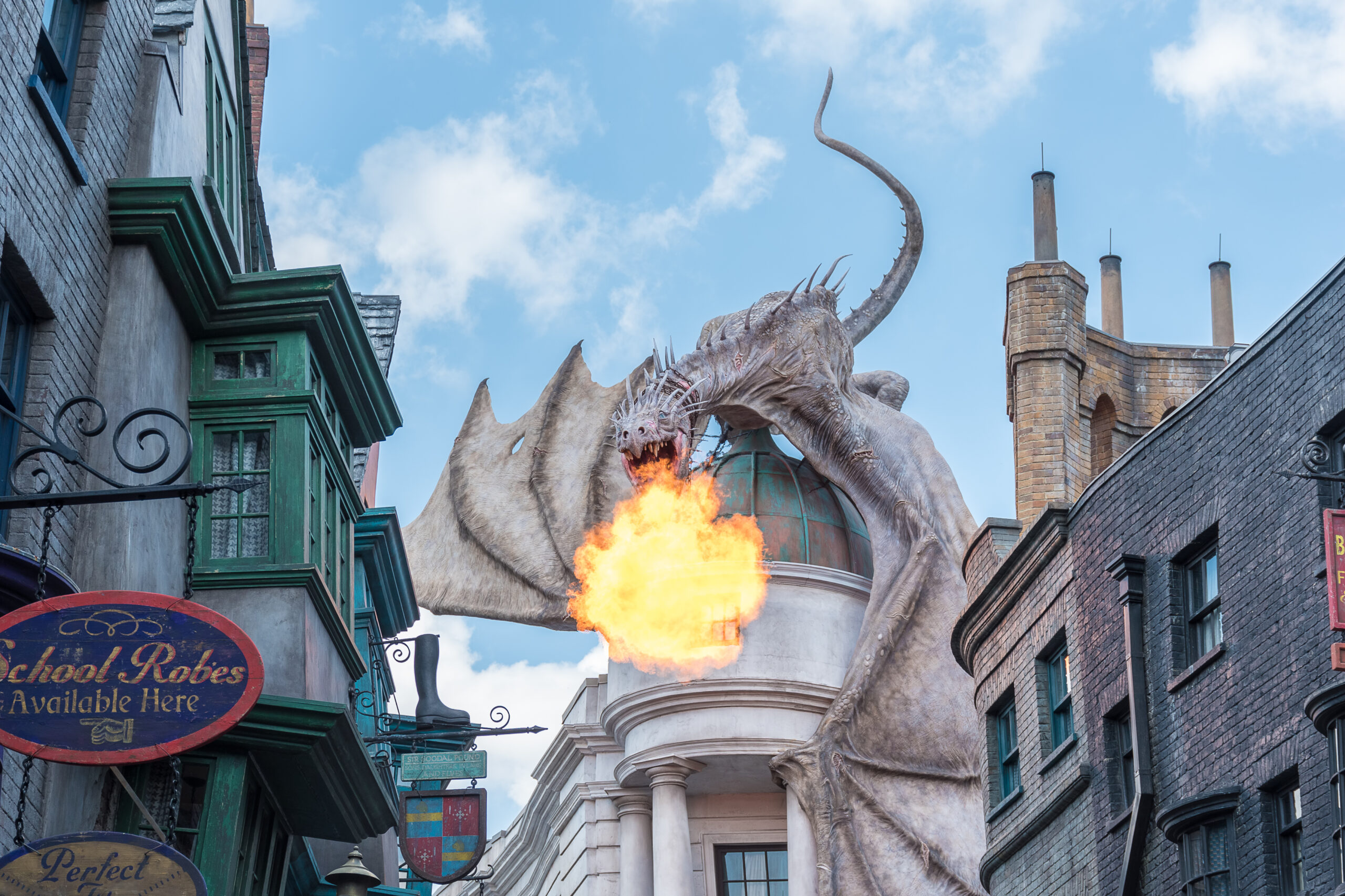 What’s the Orlando Weather in December?

If you're planning a trip to Orlando this winter, your thoughts will naturally turn to the weather. There are many reasons to travel to Orlando in December, so questions about the Orlando weather in December are common. While it is not the best month for Florida, it is essential to remember that Florida is relatively temperate year-round. Many would prefer a cooler temperature to the muggy and hot dog days of summer.

What is Orlando Weather in December?

Orlando weather in December can be pretty pleasant and, depending upon where you are traveling from, a welcome respite from the ice and snow of many major cities in the United States and abroad. In our guide to December travel to Disney and Orlando, we'll review the temperatures, rainfall, how to dress for December days in the park, and lots of reasons to consider December for your Orlando vacation. Rain is not as likely at this time of year, and Florida brings its kind of festive for the holidays.

Is Orlando, Florida, warm in December?

Warm is a relative term. By Northern or Midwestern comparison, Florida can seem downright balmy. High temperatures average in the mid-70's with average lows in the 50's. You can expect average daily temperatures in the mid-60's in early December, dropping to the low 60's by Christmas. Having said that, a winter heatwave is not uncommon. You may be pleasantly surprised by temperatures in the 80's. If you are a Floridian, you'll consider December to be one of the coolest months, and sometimes uncomfortably so. Many locals welcome the opportunity to take a sweater or jacket and cuddle up on a cool evening.

Florida is known for its rain, and December is one of the driest months, with an average of just a couple inches of rain all month. Compare that with summer rainfalls of up to 8 inches per month.

Some other considerations are daylight and average sunshine. The month of December in Florida has the shortest days with an average of 10.3 hours of daylight and has the least sunshine with 6.1 hours of sunshine per day.

If the cooler temperatures put you off, think about some time in Orlando combined with a bit of beach time further south in Miami or the Florida keys, where you will find temperatures that average close to 70 degrees daily. Check out these ideas for Day Trips From Orlando.

Is December a good month to go to Orlando?

December can be an optimum time to travel to Orlando for many reasons. When considering this, it's best to think of December as two different time frames. The early part of December will be slightly warmer than the end. For our budget seekers, early December is a great time to travel. It is still considered a low season, and that means there are deals to be had on accommodations, park tickets, dining, rentals cars, and just about everything. The biggest bonus of early December travel is that the crowds have not begun to return for the holiday season, meaning less wait time in the parks and at most dining venues. Early December is one of the highest value seasons to travel.

The holiday season in Orlando is legendary for the festivities, the decor, and the events. Along with that come rates that are equally legendary. Expect the park admission to be at the highest of the entire year. Accommodations are also at peak pricing with low availability and expect to wait in line at most dining venues. Having said that, there are many reasons to visit Orlando and Disney during the holiday season.

Is December a good time to visit Orlando? If you like budget-friendly offers, avoiding big crowds, or lots of special festivities and events, December in Orlando is for you.

Read more about Christmas in Orlando

Disney's Magic Kingdom will be offering its epic fireworks display, which is considered by many to be the best in the world. Disney's Epcot provides a fantastic look at the holidays and holiday traditions worldwide at World Showcase. They include 15 marketplaces from around the globe, scavenger hunts, and the annual Candlelight Processional. Disney's Hollywood Studios offers lots of holiday celebrations, some for the entire month. Check out Jingle Bell, Jingle BAM, and Sunset Seasons Greeting, to name just a couple.

Universal’s Wizarding World of Harry Potter is better than ever with the Frog Choir and other special shows and decor. Expect both Universal and Disney to have their best foot forward with incredible holiday decorations, costumes, and events.

Many other attractions offer lower-priced events and even free things to do, like Lake Eola Park and the many attractions on International Drive.

Packing for Orlando in December

Check your weather reports on weather.com frequently as your vacation approaches. When it comes to weather any time of year, Floridians know to expect the unexpected. Think about dressing in layers so you are ready for any spike or drop in temperature.

December is a good time to bring both long and short-sleeve shirts, a pair of shorts, and jeans or long pants, as well as a sweater or sweatshirt. Don't forget that swimsuit either; it may still be warm enough to swim in the ocean or the heated pools.

You'll want a light jacket in the morning, but later in the day, a long sleeve shirt will probably do. After sundown, you'll need that jacket again and maybe given gloves.

If you plan to visit the theme park, as with any time of year, be sure to bring comfortable shoes. You'll likely be covering miles. Bring sunscreen any time of year, and some sort of light and portable rain gear just in case the Florida showers pop up.

Can you swim in the ocean in December in Florida?

If your heart is set on a swim in the ocean, here is what you can expect. To the south in Miami, Florida, on the east coast, the sea will be the warmest, at around 73%, with Key West beaches slightly cooler.

The northernmost beaches like Fernandina Beach will be closer to 59 degrees (brrrr), while over on the Gulf Coast, water temperatures will be around 64 degrees at St Petersburg Beach.

Are the pools open in December in Orlando?

Cool water temperatures at the nearby beaches don't mean you'll have to rule out a swim in Orlando in December. Most of the resorts have pools, and you can expect them to be open and welcoming unless there are weather issues. They are typically heated to a balmy 82 degrees. All of the pools at Disney are open, and you can easily and comfortably enjoy family swimming, so don't leave the swimsuits at home.

Water parks are another subject. Winter is prime time for pool maintenance in Florida, but typically in December, one water park will be open while another is close for maintenance, so water babies will be able to get their fill of water fun. Some consider the 60's way too low for water fun, but you may be surprised to find temperatures in the 80's. Our tip is to hold off on purchasing your tickets for any water parks or adding the  Water Park and More option to your ticket until you arrive.

Can you tan in Florida in December?

This is a very common question. We all want to come home sporting a healthy glow, right? You can get a tan in Florida in the winter and even sunburn. As long as it is not raining, you will get some sun when you are outside. It will take longer to get a tan as you may in the spring through fall, but you'll likely get a nice rosy glow. If you want to cheat, yes, there are tanning salons. Regardless, you will enjoy plenty of sunshine and the refreshing Florida breezes. Just remember that lower temperatures do not mean there is no risk of sunburn, even in winter, so bring (and apply!) your sunscreen. It is possible to get a sunburn on a sunny day with temperatures as low as 40F.

Why is December a good month to go to Florida?

December is a great time to visit Florida. The temperatures vary greatly. As your vacation approaches, keep an eye on weather.com and check the temperatures in Kissimmee, Florida, or whatever you'll be staying for the best insight on scheduling your itinerary and packing for your trip.

If you travel in early December, you'll avoid the high season crowds and even score some fantastic deals on your park admissions, accommodations, and more. And if Christmas is your thing, come on down for a holiday you will never forget.