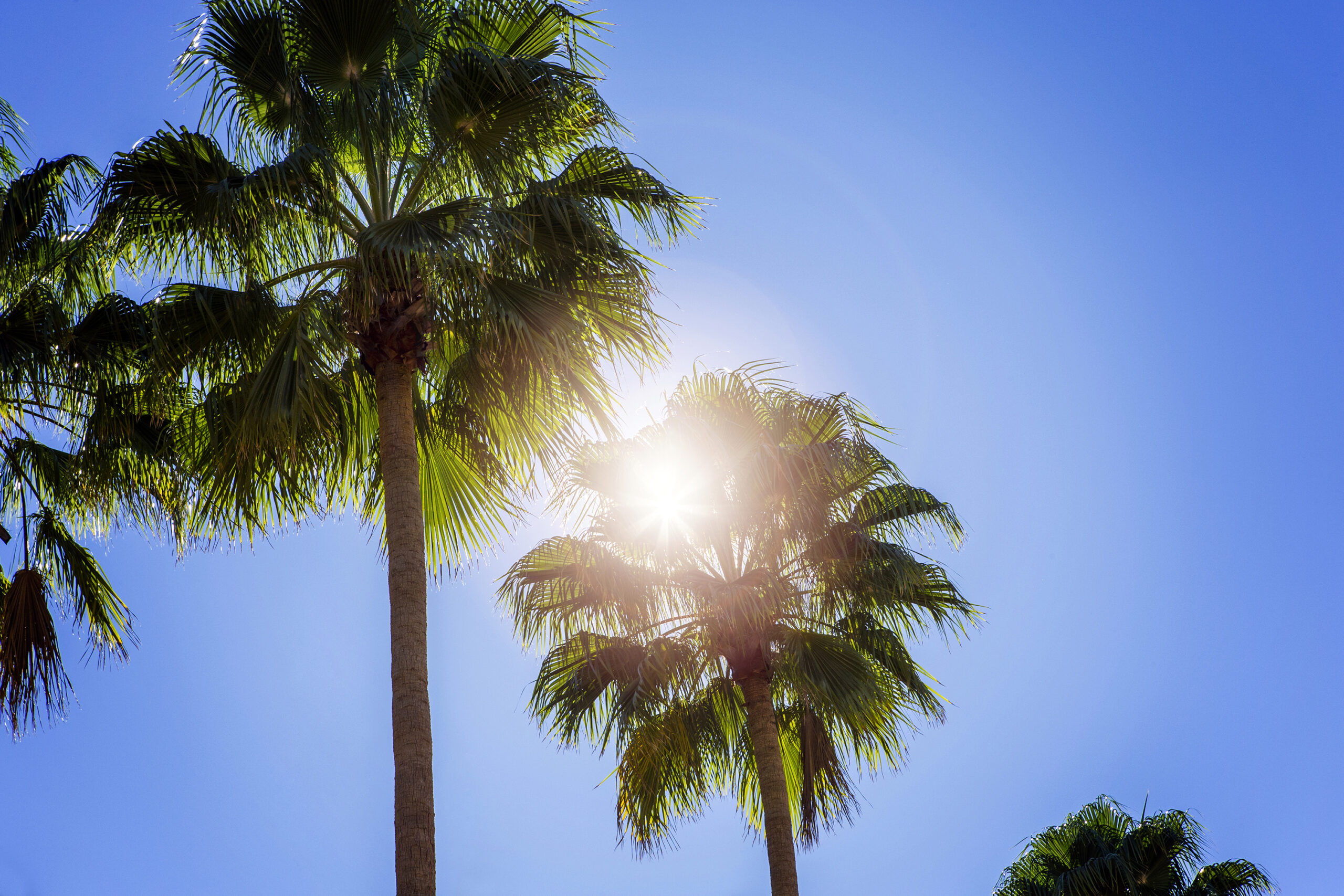 Like all vacation destinations, Orlando weather can deeply impact your vacation. Florida weather can range from mild and lovely, to super hot and steamy, to the rare cold fronts, hurricanes, or tropical storms.

During the summer months, the heat of the Florida sun may be unbearable for those used to cold climates. And for the same people, the winter months in Florida may be chilly but still comfortable. You also have to watch out for the very rare hurricane season as this month can have heavy rains. Most often the weather is great! But there are some things you can do to prepare for the unexpected. Here’s what you should know. To help you make, here is Disney World Weather’s forecast for the year.

You can still feel the holiday fever for the first few weeks of January at Walt Disney World. Expect that the first few days will be packed. OFtenbeing the coldest time of year,  in Orlando, layers of clothing rather than a thick bulky sweater may do. When it gets too hot, removing one layer may do the trick. Similarly, adding some layers will give  you extra warmth when the sun goes down. Despite the cooler weather, there are more rooms available in Disney World this time of year meaning you can get in more rides and attractions as you don’t have to wait in line as long. This is one of the best seasons to visit Walt Disney World as the crowds are smaller. Also, expected rainfall is lower for this month.

With a little less cool weather, February is the best time to visit Disney World. The outdoors are smashing at this time of the year, especially during Valentine’s Day and Presidents’ Week. Expect that more people will be visiting Disney World, but it is still less crowded than during spring break. Wearing shorts and t-shirts are acceptable this time of the year but be sure to bring a light jacket and long pants in case the evening gets chilly. Also, bring a swimsuit. You can enjoy a warm afternoon swim in the heated pools at the park. You can also bring in a blanket – less bulky than a jacket to warm you up during cold nights outdoors.

At the start of the month, the park is not at its peak visitation yet. The crowd is moderate to heavy during mid-March – with the launch of spring break and the warmer weather. Because March still has cold evenings and chilly mornings, be sure to bring a light jacket or even a light blanket. Since March is warmer, there will be a more massive crowd at the pools this time of year. There will likely be a bit more rain during this month too so bring a raincoat or an umbrella. Bringing an extra set of outerwear and shoes during this month is helpful too in case of rain. Moreso, expect a slightly bigger crowd as this month is also the start of the Epcot International Flowers and Gardens Festival, an annual botanical event featuring playgrounds and exhibitions.

Blooming continues, and the weather is generally pleasant with an occasional light afternoon shower

With more sunshine, you can expect the crowd at Disney World to be thicker. Vacations in most schools start days before the Easter holidays. Expect the largest crowds during these days. You can spend the most time wearing just a shirt and shorts. The weather is delightful during this time of the month as it is not too hot yet. However, be sure to pack in a raincoat or poncho as occasional rains are expected. Since there is more sunshine, pack in an effective sunscreen too. Mostly closed for the winter, two water parks are especially crowded this time of the year. The Blizzard Beach and Typhoon Lagoon feature slides (try the giant slide!), wave pools, and interactive family games.

Moderate humidity and weather begins to heat up

Hats, sunscreen, and a bottle of water are a must when visiting in May. Though not yet summer it can become scorching. Slather on your sunscreen, and be sure to drink lots of water if you plan to visit during this month. Water parks are popular this time of the year, especially Disney’s Blizzard Beach, where you will see one of the longest and most exciting water slides in the world, Gushmore Mountain! The last week of May, including the Memorial Day Weekend, also marks the start of the summer season. Expect bigger crowds during this time.

High heat sets in and light rains are more common

The early bird gets the first ride! The start of June is when most schools go on summer vacation. If you plan to stay in Disney Resort, make sure to book months in advance. Try to avoid visiting the theme park during weekends as the crowds are exceptionally thick during these times. When you visit Disney World in summer, expect long queues for tickets and for food. Pack sunscreen, a light sweater (for it can get chilly some nights), sunshades, an umbrella, and loads of patience when you queue for your most-anticipated ride.

During this month bringing an umbrella, a raincoat or a poncho is a must. For the weather in Disney World, rain showers are more common during July and they are the busiest month of the year. With an average of 10 hours of sunshine per day, the 1 to 2-hour showers of rain is not enough to dampen your summer plans (and spirits!). The severe weather in Orlando can be scorching too. Bring lots of water and apply a generous amount of sunscreen. Wear comfortable clothing like shorts and a shirt made with cotton or other light and breathable materials.

Warmest month and rain is common

This is the month where you should bring two things when visiting Disney World – an umbrella and sunscreen. Mornings and evenings in August are the warmest during this month. And attending a theme park where you’ll be under the scorching heat of the sun for hours on end can be tough!. Expect a slightly bigger crowd at the end of August as some attractions like Epcot International Food, wine festival, Mickey’s Halloween party, and other special events open.

Make your Disney World Weather Radar in tune with the slightly cooler month of September. This rainy season still brings on the summer heat. Be sure to bring an umbrella, sunscreen, sunshades, a hat or poncho. Most students go back to school and crowds are lighter during this month. Hurricanes are rare but still most frequent during September. As the year’s hurricane center announces predictions, be sure to stay tuned to forecasts and avoid the outdoors during storms.

With less chance of rain, October is one of the best months to make a trip to the Orlando area. The air is also less humid. Wear comfortable clothing and other protection during the rain. Also the nights can become chilly, so it’s best to wear a light sweater. Even during October, you still get to meet the famous Florida sun. Be sure to apply sunscreen not just on your body but on your face too.

Splendid weather to be at Walt Disney World

The nights can get surprisingly cool during November. Bringing a sweater or blanket can keep you warm. This is the perfect weather to visit Disney World and it is unlikely that you will get drenched in the rain. Though not very humid, the sun can still be harsh, especially for tourists. Apply sunscreen, drink lots of water for hydration and wear a hat.

More relaxed, but still quite nice

Even in December, Florida has warm weather. With hurricane season out of the way, the theme parks are gathering force until the Christmas season explodes into the busiest week of the year. Layers are helpful as the temperature can drop very quickly. Wear a winter jacket if you plan to watch fireworks during the night. Despite the cooler nights, the weather in December is still an excellent time to visit Disney World.

In line with spring, Disney World celebrates plants with a festival featuring botanical playgrounds, exhibitions, and gardens in March. Expect to have more rain during March. Rain showers generally do not last for more than an hour, but still, the downtime means time lost to enjoy other rides at the park. You can consider jumping in line at rides that have indoor waiting areas during rain. Also, you can find indoor attractions such as the Carousel of Progress at the Magic Kingdom or The Hall of Presidents.

After the hurricane season is another best time to visit Disney World. Because of Halloween activities such as Mickey’s Not So Scary Halloween Party and Epcot’s International Food and Wine Festival, more people are considering the autumn season when going to WDW (Walt Disney World).

Because of the long lines and big crowds, some visitors are taking advantage of the Extra Magic Hours when they book at WDW’s hotel. Before the park even opens, you can enjoy some attractions and some rides at least an hour before opening hours and two hours after opening hours.

In June, the heat is unbearable for some. Also, long lines can take hours. You even have to get in line to buy food. You can avoid the long lines if you start at the rides or attractions farthest from the entrance. Also, since Extra Magic Hours will allow hotel guests to enjoy rides before opening time, you can consider other trips that are not open to hotel guests to avoid the crowd. During summer even the lines for food are long. You can choose to eat late or early, and have snacks in between.

It can get chilly during January. The first few days of January are a hangover of the holiday seasons. Expect many visitors during this time. It is best to come to visit WDW starting in the second week of January. This month is where you will experience extreme drops and rises in temperature. You should be prepared to bring different types of clothing that you can add or remove.

Despite different weather conditions, the best time for visiting Disney World depends on you. If you want to avoid the large crowds, you can visit during the winter season (with an extra jacket!). Nonetheless, Orlando is still warmer than the rest of the United States, even at its coldest. This type of weather is refreshing for those who come from colder climates. Just keep our guide to “all things weather Disney World.”The Orlando weather may be hot at times, but sunshine is what makes Disney World extra magical.